» Bassa and Duala oral sources maintain that the Bassa were the first settlers of the Wouri Estuary. By the time the Duala joined them in the area centuries later, the Bassa had spread in small breakaway bands that explored and settled the entire Atlantic coastline of Cameroon from contemporary Kribi to the area the English Baptist missionary Alfred Saker would name Victoria and the Bakweri of Buea call Foo. The migrations of the Bassa, Duala, Bakweri and other Bantu groups were part of the great Bantu migrations that characterized movements in the sub-continent stretching back to the early Christian (C.E) era. The migrating Bantu groups infiltrated new territories, intermarried with, and in most cases absorbed, hunter-gathering peoples. The arrival of the Duala in Bassa inhabited territory in the late-seventeenth and early-eighteenth century spurred yet another wave of internal migrations with the Bassa and Duala moving inland into contemporary Nkongsamba, Kumba, and Ndian Division where they intermingled and integrated with other Bantu-speaking groups and spunned such new groups as the Mbo and Oroko. The contemporary Oroko ethnic group, which is likely composed of offshoots of the original Duala migrants from Gabon or Congo, is made up of 10 clans. One of these clans, known as Bakoko, is an offshoot of the Bassa. As a point of fact, the designation Bakoko has been, and is still being used interchangeably with Bassa in English-speaking Cameroon.

Other breakaway Bassa groups uprooted from the Wouri Estuary in the eighteen century migrated northwestward and settled in the contemporary West and North West Provinces of Cameroon. The farthest relatives of the Bassa include some groups among the Tikars of the western Grassfield called variously as Ndop, Mbem, Bum, Kom — all Bassa names with similar meanings. The Mbo of the western plateau who claim to have originated from Ndouba ( or Ngok Lituba in Bassa) also practice the Bassa deity of Ngambi. At least one Bamileke group, the Bana of Bafang, have genealogies that claim Nduba (or Ngok Lituba) as the site from which they began their migration to their present location. The Kom of the Bamenda Grassfileds also claim to have originated from a place Chilver and Kaberry referred to as Ndobo, which is a variation of Nduba, Ndouba or Ngok Lituba.

Bakweri oral sources maintain that Foo, the name given to the land bordering the Atlantic coastline was the place where their misfits, criminals, and evil doers were ostracized to by the Bakweri of Buea. But contemporary Limbe has a very long coastline and it is not clear whether the Foo of the Bakweri of Buea included the entire coastline spanning from Bimbia to Cape Limbo, or just the area sloping down west of the Cameroon Mountain to the Atlantic Ocean near Ngeme and Batoke. Granted, it may be convenient today to assign Foo a larger territory than it actually covered in the past in order for some contemporaries to lay claim to uninhabited land on the basis of ancestry. In as much as we respect our ancestors, it would be foolhardy to assign to them possession of land that they never settled on, knew nothing about, never even visited, and were definitely not even interested in.

Bassa settlement of Mabeta had been accomplished more than a century before Alfred Saker bought and named a portion of contemporary Limbe as Victoria […] As the earliest inhabitants of the Cameroon coast, the Bassa explored beyond the Wouri Estuary all the way to Ambas Bay. But for the absence of a literate tradition, accounts of small pockets of Bassa migrants on the Atlantic coast south of the Cameroon Mountain would feature prominently in Cameroon´s pre-colonial historiography. By the time the Duala settled among the Bassa in the Wouri Estuary in the early eighteenth century, small bands of Bassa adventurers had explored and settled the areas that would later be known as Tiko and Victoria. The Bassa tell of the coming of the Monrovians — the creoles who settled in Down Beach. There existed a sizeable Bassa population in pre-Victoria Limbe when Alfred Saker bought a parcel of land from Manga William.

[…] Bassa settlement of pre-Victoria Limbe was executed in four major waves across the Mungo River and can be delineated in the following stages: the late-1700s and early-1800s before and when the Duala migrants were settling in the Wouri Esturay; the late-1800s following the German conquest of Kamerun, pacification of the Bassa (1898), and the establishment of a plantation economy; the mid-1950s after the banning of the Union des Populations du Cameroun (UPC) in French Cameroon and the torching of Bassa villages by French armed forces; and the late-1970s and 1980s when SoNaRa was established.« 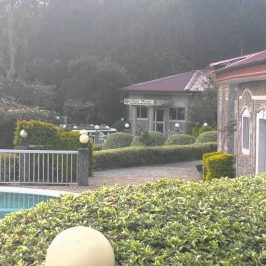 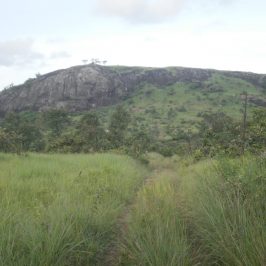